In 2020 it will be 400 years ago that mathematician and inventor Simon Stevin (1548 - 1620) died. On May 18, International Museum Day, the Plantin-Moretus Museum commemorates the mathematical genius with an online exhibition on Google Arts & Culture. After all, the 'Officina Plantiniana' was the printer and publisher of almost 90% of Stevin's work.

18.05.2020 | The Plantin-Moretus Museum partners with Google Arts & Culture and launches several online exhibitions on Monday May 18, International Museum Day, including one on the work and life of mathematician genius Simon Stevin.

In 1585 Christopher Plantin prints one of the most influential mathematical works of his time, De Thiende by Simon Stevin. Stevin is a mathematician and inventor. He designs windmills, sluices, dredgers and even a beach sail car. In physics he is the inventor of the law of the inclined plane. With the decimal notation he describes in De Thiende, calculations are greatly simplified. Centuries later, this work inspires Thomas Jefferson, former President of the United States, to commit the dollar. The first US dollar comes in 1792. Jefferson wants to classify the currency according to the decimal system. In his defense he refers to the work of Stevin. His setup works: 1 dollar becomes 100 cents, 1/4 dollar becomes 25 cents.

The Officina Plantiniana, the printing company by Plantin, prints up to 90% of Simon Stevin's entire oeuvre and is thus responsible for the international dissemination of the findings of this top scientist. That is why the Plantin-Moretus Museum is putting Simon Stevin in the spotlight this year.

“We are excited to partner with Google Cultural Institute to bring our collection online. The Plantin-Moretus Museum collection is so comprehensive and in some cases very fragile that it is impossible to disclose the entire collection. That is why the museum now also presents online exhibitions on Google Arts & Culture, the arts platform of Google Cultural Institute. This technology enables our museums to present its impressive collection online. With this, it makes its museum treasures accessible to people all over the world, while at the same time creating new experiences for museum visitors. "- said Iris Kockelbergh, director of the Plantin-Moretus Museum. 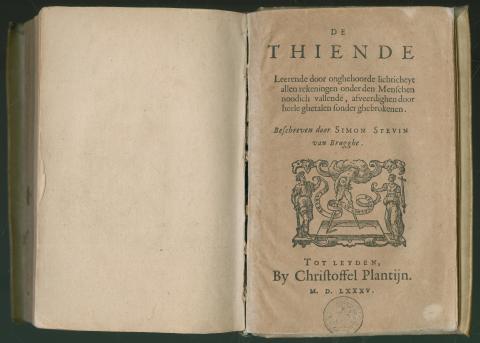 Plantin, a popular publisher of scientists and humanists

In addition to work by mathematician Simon Stevin, Christoffel Plantijn also publishes work by other scientists and humanists. The greatest writers and scientists of that time found their way to the Vrijdagmarkt in Antwerp. Plantin challenges them to publish better and more accurate scientific works with him. For example, Cornelis Kiliaan lays the foundation of the Dutch dictionary on the Vrijdagmarkt. The first atlas with maps by Abraham Ortelius was printed in the Plantijn printing house. And with the editions of Lobelius, Dodoens and Clusius, the botanica or botany gets a boost. There are also Justus Lipsius, the most famous humanist of his time, a friend at Christoffel's. And the Italian Guicciardini who wrote the reference book about all cities of the Netherlands in the 16th century.

In 2021, the Plantin-Moretus Museum will celebrate the 500th anniversary of Italian Lodovico Guicciardini with an exhibition of his reference work Description de touts les Pais-Bas (1582). Guicciardini describes in this book all cities of the Netherlands. He describes the economy, politics, language, flora, fauna and national character of the prosperous Netherlands. A striking amount of attention goes to his hometown Antwerp. About the inhabitants he says: 'They are skilled and able to deal with everything in the world, yes also the women persons (already and they have been noyt buytens landts) can speak three of four, some five, six and speak the seven languages: welck a gherieffelijck and the wonderlich dinck. " 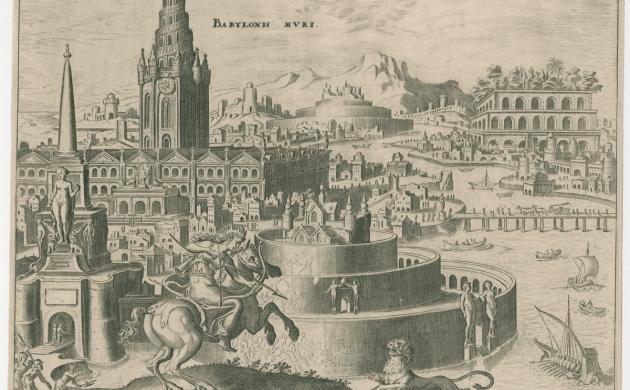 Exhibitions highlight a specific aspect of the collection. Below you will find an overview of the online exhibitions. 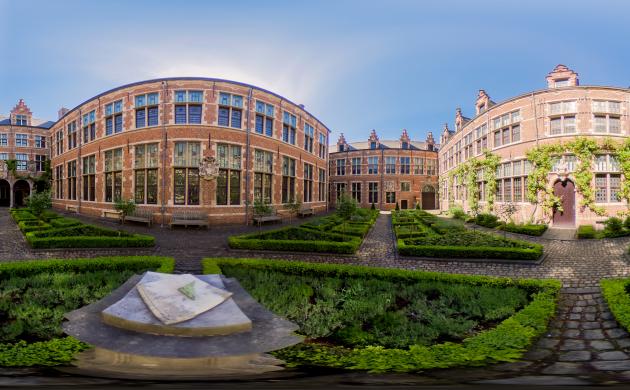 The Plantin-Moretus Museum in your home

The museum is always open online

We are always open if you go online. Go online with and dive into our collections, view our online exhibitions, take a virtual visit of the museum, browse through the museum guide, or listen to the audio guide. Everything to stay indoors and take your mind off things for a while. 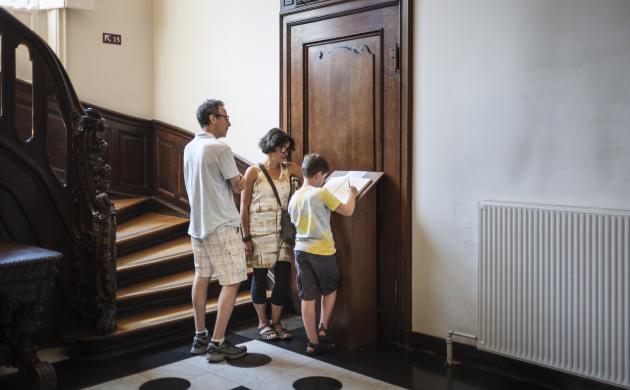 Want to keep abreast of the latest news about the Museum Plantin-Moretus? Then keep a close eye on this page!