From the Print Cabinet's depot

Rubens and Tuymans lie side by side in the Print Cabinet’s storage depot. The Print Cabinet has a rich collection of drawings and prints by Antwerp’s old masters. In addition, it collects modern and contemporary work from Antwerp. Every quarter, the Print Cabinet shows a different selection, based on a theme relevant to the season.

The Print Cabinet has a rich collection of old drawings and prints from Antwerp masters from the 16th to the 18th century. In addition, it collects modern and contemporary work by Antwerp artists. In the storage depots, Rubens, Breughel, Tuymans and Panamarenko lie side by side. With a collection of more than 75,000 objects, the Print Cabinet is among the top fifty most important print rooms in the world.

Every quarter, the Print Cabinet shows a changing selection, based on a theme relevant to the season.

This presentation links in with the exhibition 'Drawing the City'. The selection of seven works of graphic art includes a number of attractive drawings by Jozef Linnig of Antwerp’s cityscape in earlier times.

On 27 February 2015, Antwerp Town Hall celebrates its 450th anniversary. We present a selection of some ten original prints from the richly stocked depots of our Print Cabinet and Museum.

Farnese’s Pontoon Bridge links in with the Antwerp Builds Bridges project to commemorate the Great War of 1914-1918.

During the weekend of 3 October a pontoon bridge lay across the River Scheldt, reminding us of the bridge that was built during the First World War to evacuate Antwerp in the face of the advancing German armies.

But this was not the first bridge to be built across the River Scheldt. More than 400 years ago, during the Spanish Occupation, Farnese built a 730-metre pontoon bridge to surround the city and starve it into submission. This ultimately led to the Fall of Antwerp in 1585.

The Museum Plantin-Moretus is displaying a selection of eight prints from the extensive collection of the Print Cabinet until 14 December, enabling visitors to discover the amazing story of the siege of Antwerp and admire Farnese’s impressive pontoon bridge in all its glory.

The Sport selection ties in with Antwerp’s tenure as European Capital of Sport in 2013.

The Time selection links in with ‘Stop Time’, the theme of Heritage Day 2013. 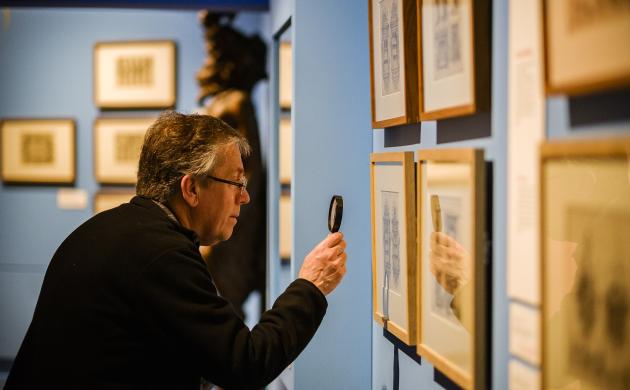 The Museum’s temporary exhibitions focus on a succession of different themes. Specific aspects of the house, the Plantin-Moretus family, the output of the Officina Plantiniana... you can learn more about each of these subjects.